The vile defamation campaign against all EU and Euro-skeptics.

The clearer the EU and the euro turn out to be political delusions, the more shrill and brazen insults and hate speech against all EU skeptics. Who is against the EU and the euro, is defamed as incorrigible nationalist! This classification is to move the EU-skeptics in the right sleazy corner and ask him a spiritual closeness to the Nazis. This suspicion has proved to be killer argument for decades. Which brave ordinary people would be happy to have made with the extreme right on a common level?

Freedom of speech? Democracy? Eurosceptics are constantly vilified ...
Now more than ever?
Undeterred all contradictions occurring dream EU fanatics still high from their European empire and the dissolution of the traditional nation-states. "The EU countries would have to submit to the European idea" - this "no alternative" attitude, the population is attuned massively for decades. Of a new world order is the speech and the fact that 27 individual opinions sovereign nation-states are not perceived in the international concert.

But what megalomania revealed this setting? Must be about the relatively small terms of surface area Switzerland really are afraid of an unbearable loss of meaning? What do they want to persuade us that decency politicians and Ehrlich press again?

Half a century is already struggling with the EU!
It is always the same scam: The EU fails to her blatant contradictions and never be at a loss for excuses. It's always just that one must continue to grow together, creating new institutions, further disempower the national states.

New ideas and new rules to solve the accumulated problems, and it becomes always more entangled in chaos.
So it was with the last silver bullet, the euro. That should fix everything, deepen European unification and the Europeans a never before achieved prosperity bring. But soon the stability conditions had softened and previously given sacred oaths and laws rules are broken because of the spreading sovereign debt.

With new system, debt cuts and a cheap flood of money the euro is to be saved. But even these measures are, at best, the immobilization of the population. The system error of the euro does not solve. And new rules are simply cashed again in an emergency and replaced by other expedients. This Doctor game could go on forever, if not yet the complete collapse of the euro zone would threaten one day.

The EU's makers defend their delusions until the fall!
Few statesmen have the guts to admit mistakes committed openly. So it was with Hitler, so it is today with regard to the visions of the EU and the euro. Threatens a defeat, the population is mobilized and even called for more use of "rhetorical feats".
Instead of "you want total war?" would it really be called today "you want the total Europe?". But to make this clear question nobody dares for fear of removal. So always shows after the fact that politicians have really deserved to respond positively to the annals of history. This is the only really great minds have not succumbed to their ego and can also grant mistakes.

Manfred Julius Müller analyzed global economic processes for over 30 years. He is the author of several books on the topics of globalization, capitalism and politics.
Analyzes & lyrics by Manfred Julius Müller are non-partisan and independent! They are not, as is unfortunately very often the case, sponsored by state institutions, global players corporations, associations, political parties, trade unions, the EU or the cash lobby! 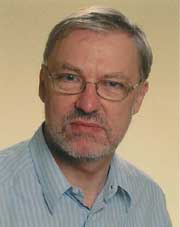